Taking the plunge into Wireless Headsets 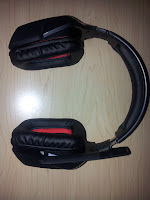 The age of wireless is at hand, and what better way to enter that age then with the Logitech G930 wireless headset. The Logitech G930 is my first purchase in the wireless audio category. For years I have purchased wired headsets from multiple manufacturers. I have even gone through two Turtle Beach X11's! Suffice it to say, I will never purchase a wired headset again. While it should be expected that you're going to get better sound quality out of a 150$ wired headset, you sacrifice a lot for said audio quality. Usually you do not get a microphone and of course you get that forsaken wire tangled everywhere. If you haven't bought a sound card in the last 10 years because on-board audio is "fine" then believe me the G930 is fine for your needs as well.

Tip of the Spear: Japanese Games on PC I don't think it would be a stretch to say that Japanese game development is not as strong as it once was. Generally speaking Japanese developed games are selling far less in the west as a percentage of the overall audience than in years past with perhaps the exception of Nintendo first party games. Rising development costs with this generations jump to high definition have left many Japanese developers with no choice but to move nearly exclusively to handheld systems where such high resolution assets are not required. Some companies, like Mistwalker, that even had somewhat successful hits on HD consoles, are moving to the mobile phone space.

Monolith Soft's latest entry in the Xeno-series is a true delight. Xenoblade: Chronicles, with as new and inventive as it is for a JRPG, somehow still reminds me of staying up late playing 16bit SNES RPGs. And perhaps that qualifier of "for a JRPG" isn't fair anymore. Not every game largely labeled "JRPG" is menu driven and not every menu driven RPG is made in Japan. There are so many games that don't fit the mold that perhaps the whole category should be washed away. That being said, this sure as hell is a sign of JRPG relevance in 2012. 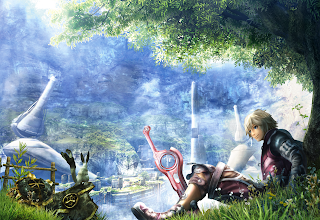 Welcome to The Gaming Nook

This gaming blog will serve as place for myself and a few colleagues to post their thoughts, ideas and reviews on video games and game related topics. We hope you find the forthcoming content thought provoking or useful. We also realize that the web is overrun with gaming websites so we hope we provide some unique and interesting content for you to consume.