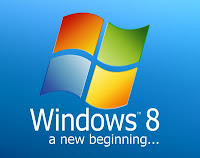 I was first introduced to World of Tanks at PAX East in Boston and it was not received well.  They had two people that had no business instructing people on how to play any game, let alone a game as in depth as this one.  After a disappointing 10 minutes of game-play and listening to the same 30 seconds of a dubstep song on repeat, I had written this game off.  But a discussion with my father regarding World War 2 history a few months later led me to give the game another go and what I found was very surprising.  The historical accuracy pulled me in and the HUGE, in depth skills trees have kept me interested ever since.  In this post, we'll take a look at some of the pros and cons of this game and what really makes this free-to-play shooter worth the download.

I present to you a guide for Phantasy Star Online 2 which will cover several of the most common translations you'll find yourself needing in game.  If you're looking for a guide on downloading, installing and getting logged into PSO2, please see my Phantasy Star Online 2: A Quick Start Guide.  This guide is intended to give you an "at a glance" translation for things such as quest menus, player menus and statistics.  This is not intended to be a guide on how to play the game.  There are several items that will be mentioned here that will not be explained in it's entirety simply because it's beyond basic gameplay.  I hope this helps!

Fair warning: you may not consider Dear Esther a true "game" in the normal sense of the socially accepted word. You might be better off considering it an interactive story. I bought Dear Esther during the recent Steam sale for pennies on the dollar after hearing some rather positive press about the game when it was released. After playing through it I feel as though I owe Robert Briscoe and the rest of the team some more money.

Increasingly I find a common development principle permeating most of the new games I play. Less moves to learn. Less buttons to press. Shorter combos to memorize. I've found it in my fighting games, in my MMO's and my MOBAs. And for a short time it irked me. They're taking out the complexity. They're dumbing down the things I love. But after some time I came to realize the positive aspects of this approach to game design.

Recently I was turned on to an online RPG by the name of Phantasy Star Online 2.  Now I am familiar with the Phantasy Star series (only the ones on Genesis really) but I never really made an attempt to play the original Phantasy Star Online.  I've always been weary or the Phantasy Star series as it always seems a little too Sci-Fi and over the top exaggerated robot for me, so when I heard that it was only released in Japan (until 2013) and completely in Japanese, I was even more skeptical.  However, after playing ~20 hours of the game, I could not be happier with my decision to give it a try.  As good as the game is, the problem of the language barrier still remains.  As my knowledge of the Japanese language is poor at best, I found getting started incredibly difficult.  Because of this, I've combined translations I've found with my own personal experience to bring you this quick start guide that I hope will help you on your way to getting your first Phantasy Start Online 2 character started.

Path of Exile: My Time with this Free to Play Dungeon Crawler Thanks to the good folks over at developer Grinding Gear Games, I was able to spend some time with their upcoming free to play Action RPG: Path of Exile.  I spent a few hours exploring the first areas of this game and it’s clear, it’s a Diablo clone that enhances on certain areas and lacks in others.  The game is currently in beta and the following thoughts should be taken with a grain of salt as they are subject to change.

Focusing on the differences to start, Path of Exile has an intense Passive skill tree that you’ll be putting points into after a few minutes of play.  The amount of customization the player is allowed to do is impressive while at the same time borderline overwhelming.  Here’s a link to the passive tree in it’s current state over at the official Path of Exile site.  Take a moment, poke around and see for yourself.   The game does not utilize gold or any money system.  Instead it utilizes a system of breaking down objects into raw materials which can then be combined to make new equipment or gems. The game really throws you in and introduces a lot in the first 10 minutes. It can be slightly overwhelming especially if you’re not a hardened Action RPG player.  This could just be for the beta however.

They're the Same Game Right? 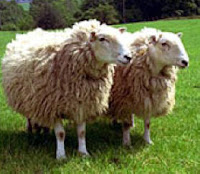 WRONG!  In the time of Super Nintendo and Sega Genesis it wasn't uncommon to see a game with the exact same title on both systems end up being completely different games.  These differences could range from a key feature being left out or an entirely different game genre.  The end result: the same game being preferred on one console over the other.  In this post, we'll take a look at a few of the games I remember being significantly different between consoles.

I don't care what you call them. Multiplayer Online Battle Arena. Action Real Time Strategy. Or my favorite, DOTAD - Defense of the Ancients Derivative. There has been a plethora of these types of games to choose from recently all with their own unique take on the genre. From the team that brought you Fat Princess, AirMech leapfrogs from the Chrome Store to Steam as frantically paced cross between real time strategy games and tower defense.

The Gaming Nook had the pleasure of picking Twitch TV Streamer Chaide's brain through a Q&A to get his thoughts on the streaming community, it's future, and gaming in general.  In his answers to the 14 questions we asked, he covers topics such as how he got started, some important things to know if you're thinking about starting your own stream, and even some streamers to check out.   This was a great opportunity for us to get a close look at one of the streamers leading the future of live game streaming. We hope you find it as informative and enjoyable to read as we did.

There was a time before the internet when you had only a few options to determine how good a new game was.  You could hear about it from friends, read it in the newest issue of Nintendo Power or Electronic Gaming Monthly or base your decision to rent or buy the game on previous games in the series.  In this post, I'll highlight some of the games that I decided to dedicate a weekend or in some cases, even a school vacation and a months worth of allowance to, only to have expectations crushed and most cases, leave hugely disappointed.

Gaming Ultrabooks for Less then a Mortgage Payment

2011 was a big year in the computing industry.  Tablet sales grew and the introduction of a new kind of laptop dubbed Ultrabook hit the market in quarter three.  What exactly is an Ultrabook? It is a laptop that needs to meet certain Intel guidelines in order to market themselves as an Ultrabook.  They must be a certain weight, have a fast resume time, SSD in the system, and be under a certain thickness to meet Intel's standard or you just have another laptop.  The big crux as to why, up until this month it was hard to find a gaming Ultrabook is very simple.  Dedicated graphics are heavy due to the cooling systems that need to be implemented to avoid a meltdown.
Read more »
Posted by Unknown at 2:12 PM 2 comments