There was a time before the internet when you had only a few options to determine how good a new game was.  You could hear about it from friends, read it in the newest issue of Nintendo Power or Electronic Gaming Monthly or base your decision to rent or buy the game on previous games in the series.  In this post, I'll highlight some of the games that I decided to dedicate a weekend or in some cases, even a school vacation and a months worth of allowance to, only to have expectations crushed and most cases, leave hugely disappointed.

The first game I present to you is Actraiser 2.  This game was AWFUL compared to it's predecessor Actraiser.  They literally took out half of the game from the original Actraiser.  The whole "Sim" aspect was removed from the game and what was left was side scrolling action game with wonky controls and little story.

The best part of the original Actraiser, in my opinion, was the town simulator.  You essentially act as a god and fill the needs of your people by destroying monsters and clearing out areas for them to build by using magic and entering dungeons which lead to a side scrolling action game.  The combination of sim/action is great because the action sequences have a lot of "Everything on the screen wants you dead!" moments which leads to frustration which leads to controller throwing which ends in having a bad time.  With Actraiser 2, take out the break and replace it with extra frustration.  Even the first level is overly difficult on Easy difficulty. 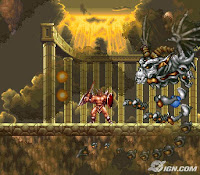 Ultimately, Actraiser 2 looks amazing, but in the end after the removal of half the game and the huge learning curve compared to the last game I feel like a lot of gamers got duped into buying an action game when they were expecting more of a building sim.

Another game that I feel is worthy of mention is Zelda 2: The Adventures of Link.  Well still a pretty good game, it was no where near as good as it's predecessor.  I think what we all wanted was another top down, screen shifting, action-rpg, but what we ended up with was a half-hearted side scrolling action game with some RPG elements thrown in.

Playing Zelda 2, I just found myself more frustrated then anything else.  The palaces were great, but the never ending knockbacks on hits and need to perform awkward jump/duck attacks (see Iron Knuckles) felt tedious and broken.  Finding a dungeon and knowing your way back was a feeling of accomplishment in Zelda 1, where dying in a palace in Zelda 2 and having to walk all the way back (sometimes through other dungeons!) just to get there and die again felt very repetitive and boring.  I've seen the inside of that starting room in Zelda 2 more then I care to remember.

This was a game that sold copies only because it had a gold case and was the follow up to Zelda 1.  Bringing on a new team and new director for this game resulted in sub-par game-play that does not even come close to capturing the essence of original Zelda and thinking about it makes we want to throw a Nintendo controller across the room.

The last game I'll talk about is Final Fantasy: Mystic Quest.  This wasn't as much of a sequel as it was a spin off, but it didn't change the fact that as soon as you popped this game into your SNES you couldn't help but ask... "What the hell is this?!". 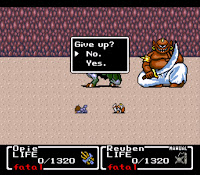 First of all, you can jump...which for a Final Fantasy game at that time was already very strange.  Add in the quirky sounds (and sound track), confusing character interactions, very odd, almost arcade-like fighting style and you have a lot of disappointed Final Fantasy fans.  The game let you save anywhere too which was very which was just ridiculous.  You could literally save right in front of a boss before you when into the fight.  What made the game even more ridiculously easy, was the fact you could retry a fight!  You could die and simply try again right from the start of the fight, no penalties or consequence.  It made the whole game feel pretty pointless.  There was never really any risk if you could save anywhere and just retry the fight if you die anyway.

The lack of difficulty and just plain goofy characters and game-play was very off putting and is still till this day one of the of few blacksheeps of the Final Fantasy franchise .  I do revisit this game time to time for it's nostalgic value, but a game like this would never have been purchased if games before it hadn't set such a standard in the RPG world.