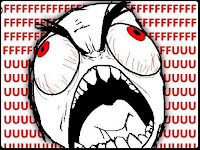 A few weekends ago, I took a break from my current Diablo 3 obsession to stream (you can subscribe to my Twitch stream here) a few classic games that I've been itching to revisit recently.  I decided to start with Faxanadu which is a notoriously difficult game due to the fact the jumping mechanics and many other aspects of the game are so clunky and broken but was always a game I loved playing as a child.  This got me thinking about other games from my childhood that were some of my favorites but now in retrospect are broken to a point of pure frustration.  In this series of posts, I'll revisit some of my favorite classic games that I played as a child that were so broken, poorly developed or just plain goofy, they would never make it to the shelves today.

As I've already mentioned it, I'll start with this.  Faxanadu is a game that has you playing a nameless hero who returns to his hometown only to find it nearly abandoned and being attacked by dwarves and it's your job to figure out why the dwarves have such a sudden hostility towards the elves and put an end to it.  It is actually a pretty cool story and a good intro to the game.  The gameplay problems start as soon as you're given control of your character.  The first thing you'll notice is the jumping...oh man is it terrible.  Physics do not exist in this game and it really becomes a problem when you're trying to jump a gap or jump over a monster.  You're given a decent height on your jumps, the problem is you drop like a ton of bricks.  Once you reach the peak of your jump, you drop so suddenly, it's nearly impossible to time any jump properly.  What makes this worse is the fact there is no hit recovery and you get tossed back so far when you get hit. These three issues form the frustration trifecta.  You'll mistime a jump, get hit by a monster multiple times and get pushed off a cliff which results and needing to climb back to to where you were originally only to be knocked down again.  Another issue, is how the enemy AI functions.  Later in the game, monsters will begin to move only when you move.  This sounds like it would make for monsters that are pretty easy to defeat, but the problem is, this creates a lot of situations where damage is unavoidable!  You'll be coming from another screen climbing up a ladder and as you move up the ladder, the monster at the top will move right on top of the ladder forcing you to climb up into them and take multiple hits as you try to reposition yourself while they're sitting on top of you pushing you and hitting you over and over.

There are even situations where once you reach the top of a ladder and try to climb off of it, a monster will hit you and knock you back down to the screen you were on originally resulting in you need to die on purpose to past.  The last real frustrating thing about

this game that doesn't really affect game-play, but is just plain annoying is the message you get after you die...  "Don't have negative thoughts...Remember your Mantra!"  other then reading that and saying "Huh?" it's annoying to have to see this every time you die.  This is especially true when you're dying ALL THE TIME.

I do love this game regardless of my complaints.  It brings me back to a time of playing this with my father when I was younger and both of us taking turns trying to get past the more obnoxious parts of the game.  Back before the internet so we'd draw maps and take notes while we were playing.  But it's funny to think back and realize I wasn't as frustrated with the mechanics of the game, I just thought it was really hard, cause there was nothing better to compare them to.  Mega Man and Castlevania were both similar with their knockback on hits so that was pretty standard at the time, but now we know that knockbacks without hit recovery is just silly.

Thanks for reading and if you'd like to watch my play through of Faxanadu and have a few laughs, you can find it here.
Posted by Opie at 11:22 AM