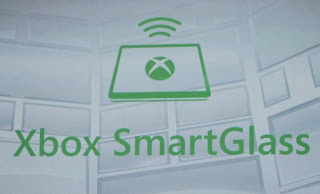 For Microsoft, this year's E3 was all about maintaining the status quo before the introduction of new hardware next year. They did announce one interesting piece of technology this year: Smart Glass. Smart Glass will allow 360 owners to use their tablets and smartphones, regardless of the brand, as a companion/controller for their 360s.


Smart glass has the potential to be a really cool piece of technology if Microsoft can get it to work as advertised. Being able to control Xbox functionality from a piece of hardware that was not sold as an accessory for the device itself is a departure for Microsoft. Additionally, Microsoft announced Smart Glass would support Android and iOS devices. This is one of the first times Microsoft has supported non windows based devices and a big step forward for the company. Support for these devices means on release they will instantly be able to take advantage of the Apple and Google's huge install base of tablets and smartphones. This move not only gives them a huge install base at launch, but it is a great way to steal all of Nintendo's thunder. Why spend the money on a new console with a fancy tablet controller if my existing console can do most of the same things for free? That doesn't take into account the other uses for Xbox Live, like HBO GO or Netflix.


It is fair to say that just about no one wants to use their tablet as a controller for Battlefield 3 or Halo 4. Imagine instead having the level map in front of you during a match, or perhaps, the moves list for Mortal Kombat so pausing the game is no longer required to figure out that Fatality. For fans of Madden, how about the ability to choose plays without your opponent seeing your next move. Microsoft also demoed how Smart Glass would work with non gaming activities like HBO GO. Browsing the selection and getting additional information on the show you are watching seem like fantastic ideas if they work. All they need to do is add the functionality seen in Minority Report, so I can swipe my movie from my tablet to my TV and keep watching and I am sold!


Smart Glass has a lot of potential IF Microsoft can get developers to support the tech and IF it works as advertised in the E3 press conference. Microsoft may have a home run on their hands but only time will tell.