Digital Distribution Competition and it's Effect on the Gaming Market: Part 2 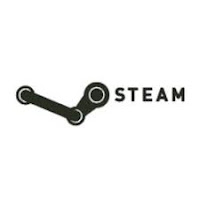 Time for part two of my analysis of digital distribution!  Today's agenda? pricing.  There's a lot going on and the yearly steam summer sale is on the horizon (hide you wallets!). The yearly sale usually involves me spending 20-40 dollars on a bunch of indie games and AAA games that came out a year or two ago which I then proceed to never play.  Origin has gone on record stating you won't see the deep discount sales on their platform like you do on Steam while speaking with gameindustry.biz during a recent Interview:

Q: One of the things that Steam does is this random deep-discounting of software, and it works well for them. Do you see that as something you want to do?
David DeMartini: We won't be doing that. Obviously they think it's the right thing to do after a certain amount of time. I just think it cheapens your intellectual property. I know both sides of it, I understand it. If you want to sell a whole bunch of units, that is certainly a way to do that, to sell a whole bunch of stuff at a low price. The gamemakers work incredibly hard to make this intellectual property, and we're not trying to be Target. We're trying to be Nordstrom. When I say that, I mean good value - we're trying to give you a fair price point, and occasionally there will be things that are on sale you could look for a discount, just don't look for 75 percent off going-out-of-business sales.

David does go on to state they are working on a different approach but did not give any details.  A mistake?  Maybe, maybe not.  As mentioned in the previous article, each site has made their own  unique approach to compete with Steam.  Part of that is at least providing deep discounts once and a while on first rate games. The approach is that it's not necessary to have a hundred games on sale at once as Steam does to generate interest.  Case in point?  I was directed to these sites every time by a link for a deal and after the first purchase I continued to visit.

Digital distribution is a unique business.  Unlike many scenarios where Wal-Mart comes in and puts all the small businesses out of commission, in this case the small businesses are trying to put Wal-Mart out of business.  Steam is the Wal-Mart of digital distribution.  Years ahead, being Independent Developer friendly, and just a great interface, Steam brings the most to the table.  Pricing is the biggest factor and there is not much of an argument as to the intuitive interface that Steam provides.  The only way to fight Steam is to not allow your product on it.  Battlefield 3 did this and horror stories commenced of the customer service EA provided, launch day woes and forums of people vowing not to by the game.  The product was great and I loved it but Origin leaves a lot to be desired.  EA; however, did acknowledge shortcomings with the service.  When Steam launched,  it wasn't Candyland.

There needs to be a way to merge games bought on different distribution platforms. This functionality would be the best way to compete with Steam.  I have over 50 games on Steam and one to two on other platforms. If the game is the same price on all of them, I will buy on Steam because I'm invested in the service.  I truly hope companies begin to work together in some way to move towards an industry standard that consumers can accept.