Playstation 4: Requirements to Succeed in the Next Gen

Sony should be asking themselves one fundamental question as they gear up for their next generation console launch. Why should consumers purchase our new Playstation? The market has shifted significantly since the Playstation 3's launch - more people are gaming on their phones, on their tablets and perhaps more significantly, on their PC. The current generation of systems are clearly showing their age and anecdotally you will find numerous cases of gamers buying a gaming PC because the consoles feel so dated. Furthermore, why buy a Playstation 4 and not an Xbox 720 or even the Wii U? Here are what I believe are the main features and changes that Sony needs to nail in order to be successful in the coming generation of consoles. 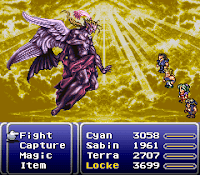 This is where I believe Sony's biggest strength lies. Uncharted has a somewhat significant fan base, as does God of War. They need to re-energize those fanbases and supplement like they have been with art-house type games such as Flower and Journey. They can also lean into Heavy-Rain and Gran Tourismo to grab the attention of their core audience. But what would really garner them a following would be a Final Fantasy remake of some type. I actually don't think Final Fantasy 7 would be the game for this - a complete reimagining of Final Fantasy 6 in 3D would have people nostalgic for the Square of the SNES days and on their feet applauding at E3. According to the ESA, the average gamer is 30 years old. That fact needs significant consideration when curating their next-gen lineup.

The other group of people that need convincing are 3rd party developers. While the Cell chip was great in theory, numerous developers have made comments as to the difficulty of working with the platform. You can get a lot of performance out of the system but it left some developers wondering whether it was worth it.

Luckily, the latest rumors of the Playstation 4 specs seem to indicate it's a lot more like PC architecture than it's predecessor. This should hopefully help 3rd parties release multiplatform titles more efficiently similar to how they are now for the Xbox 360 and PC.

It's all about the Benjamins

The $600 price tag on the Playstation 3 utterly killed any kind of potential starting advantage Sony had this past generation. While they have always been a high end electronics company, the arrogance of a console that expensive really cost them over the last 5 years. They have made strides in the market via price cuts but they were never able to regain the lead they had with the Playstation 2. A price point competitive with the eventual Xbox 720 price needs to hit for Sony to not suffer the same problems. Given the rumored hardware and the market realities of what needs to go in the box, I think a $399.99 machine is most likely.

Sony seems to have a damned if they do, damned if they don't problem with Vita integration. Either they will be viewed as forcing Vita owners to buy a new console to get the most out of their handheld or viewed as not supporting the new handheld due to lack of Vita integration. While features that utilize both devices might be nice to have, and the demographic of early adopters of the Vita is likely to buy a Playstation 4, I'm not sure any specific feature would be the tipping point on a potential purchase. Personally, I think the 2.2 million Vita owners out there deserve something as they're certainly not getting (quality) games.

Be a Progressive Technology Company

Sony, and Microsoft for that matter, really need to take some lessons from Valve. While Sony is a publically traded company and has other pressures that Valve does not have to deal with, they can still implement some practices that should garner the support and loyalty of gamers. First on the list of "things people want from their console makers", Day One digital releases of retail games. It may not be everyone but a lot of us do not want to bother with physical media anymore and, quite honestly, don't want to leave the house to access our entertainment. Purchases of digital content accounted for 31 percent of game sales in 2011, generating $7.3 billion in revenue. Sony needs to start tapping that market and in a consumer friendly way. Having a dynamic pricing model like Steam that allows for huge price cuts on software would go a long way to promoting the service.

It's just not enough anymore to differentiate on hardware. Companies in this kind of ultra-competitive market need to differentiate with business practices. Sony needs to try new pricing models. Utilize Gakai for instant demos. Give more to your user base for less money so that you make a net profit on volume instead of per unit. Sony really needs to think about the quality of the gaming experience from soup to nuts on their new console. This means stop with ridiculous patching practices, improving security to protect user data and having a snappy interface. Give the people what they want (or the opposite of what they're complaining about) and they will come in droves.