From the first gameplay trailer, Dishonored intrigued me. The art syle, atmosphere, gameplay, and overall story that I viewed peaked my interest. I recently completed my first run through of the game and can't wait to play it again. I haven’t played a game like Dishonored for a long time and usually stealth action games are not my cup of tea. For me to be drawn into a genre I usually don’t play at all, the game has to be captivating,  and Dishonored surely delivers. Read on for my thoughts on the game, the good and the not so good.


As the game begins, Bethesda does a great job of setting the steampunk atmosphere. I loved the introduction scenes of the whaling ships, gears, and all the whale oil powered devices that were shown. The art style of the characters reminded me of Bioshock and the Darkness which are games I truly enjoyed as well. Characters have a slight cartoonish look to them. Most missions will have you start on a boat and as you land you'll get a great panoramic view of the area showing off Bethesda’s hard work. Have a look at the below gameplay trailer to get a taste of the sounds and views in the game. The theme song "Drunken Whaler" that is played during the trailer will be whistled and sung by characters throughout the game. It's a cool addition that really adds to the experience.


Every encounter in Dishonored has multiple solutions. Whether you choose to bypass an NPC, kill it, or simply disable it, the choice is yours. Right out of the gate, the first NPC you encounter gives you three options. Sneak around him and hope he doesn't notice. You can choke him out while the other guards aren't looking. Or of course, you may assassinate him from behind by sticking your assassins blade deep into his throat! Either way, hide the body because the NPC's will notice a body on the ground. 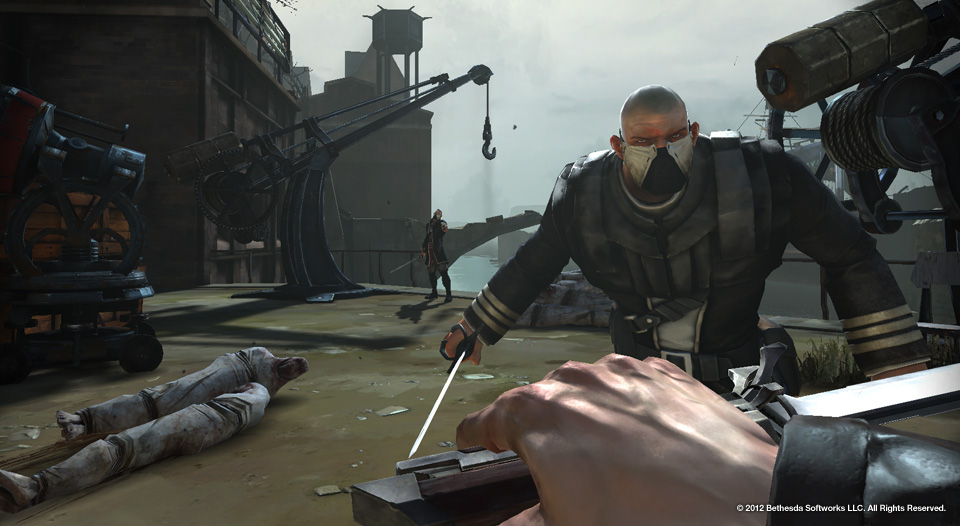 Combat in dishonored is satisfying. Unlike most stealth action games your character can truly defend himself when cornered. He does not feel at a disadvantage towards the enemies. Combat works well and the hits feel satisfying with all weapons except the pistol. The pistol seems to not hurt enemies enough and there isn't enough knock back when you do hit an enemy with it. Also, on PC, your right hand function is done with your left click mouse, and your left hand function is done with the right click. A little confusing to say the least.

Dishonored will have you playing the character of Corvo who was the Empresses lord protector. The game starts with Corvo witnessing the death of the empress and being framed for the crime. From there Corvo will of course escape and throughout the game collect money, runes, and bone charms as he attempts to clear his name and bring to justice the true killers. The story of Dishonored is for the most part predictable. Minus one plot twist I pretty much was able to know what was coming, when it was coming. 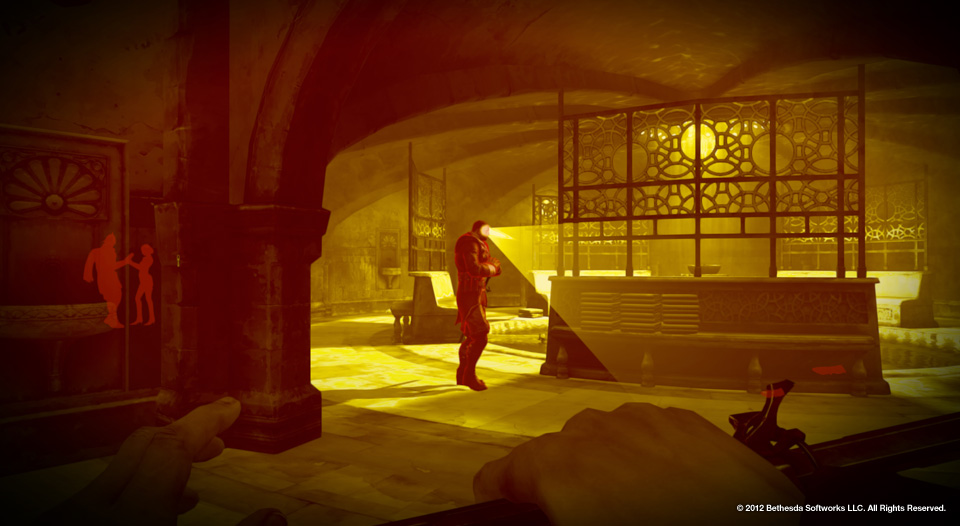 Runes and bone charms will allow the player to pick abilities suited to their gameplay style. There are sixteen abilities that the player can learn via runes ranging from blink all the way to turning into a rat. The abilities can be upgraded to make them more powerful or even more specific. These abilities can be, in turn, used to beat the game in one of three ways: low, medium, or high chaos. I must note however, that in my playthrough I was unable to unlock all the abilities, or even a substantial amount of them. You'll realistically need multiple playthroughs to capitalize on all the abilities. I found that I relied on blink the most throughout the game, along with possession. You can see a list of the abilities and their descriptions here.

The chaos levels allow for multiple playthroughs with different play paths and different endings. This allows for more re-playability without the game feeling stale. Low chaos can be achieved with being stealthier and giving few death blows. High chaos is when you decide to beat the game by any means necessary. Get caught? Don't run, kill the man. That’s high chaos. Major plot points in the game will present a scenario for a lethal or non-lethal solution in neutralizing your target. In games I've played in the past its almost always exclusively easier to either kill the target on neutralize the target. In Dishonored I found it different. At times it was easier to kill, then to neutralize the target, while at other times it was completely the opposite.

My playthrough was done on PC. I had little issues with the game. At times there was stuttering when turning a corner and unfortunately it seems as though this was the game, not my PC. I ran the game on a i5 2500k, 128 GB SSD, AMD 7950, 8 GB of RAM computer. The slowdown I got in one area was right after a save point (that I actually had to load back to a good few times). I received sub 5 FPS when turning the corner as the engine loaded the next area. The menu system had some graphical glitches as well but that wasn't really game altering. Otherwise the gameplay was smooth on high detail. 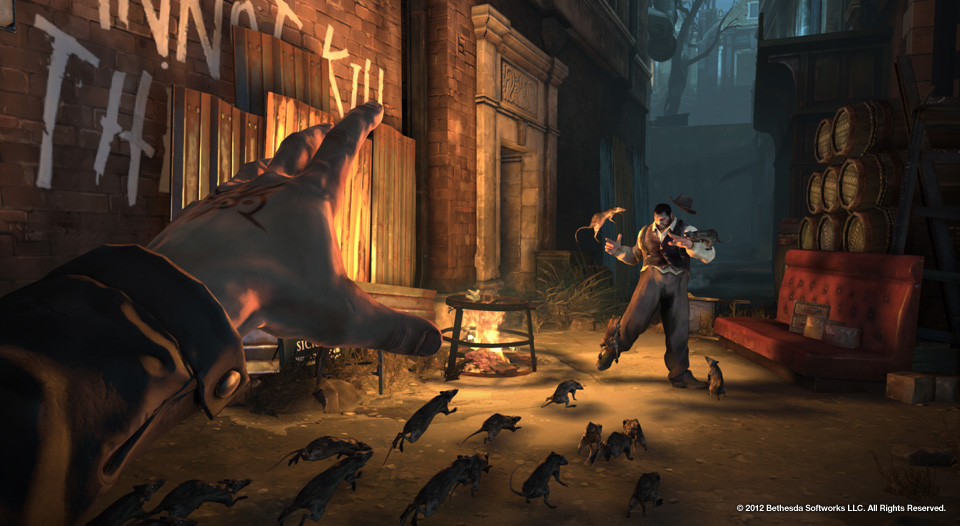 Dishonored is an excellent game. The storyline does include a twist so when you think you’re almost done don’t tell your significant other you’ll be right there. The game was relatively difficult on normal. I had to restart from saves multiple times, I've started my low chaos hard mode difficulty run and I'm looking forward to it. My run through took around 9 hours with significant time exploring the world and I did end with high chaos. I’m looking forward to a second playthrough soon. I purchased Dishonored for 45 dollars on sale, and I believe it was well worth the investment. I give Dishonored a 4/5.