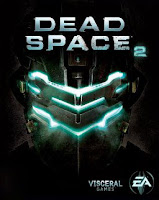 I debated for a while whether doing a review for a game multiple years old had any value left for anyone but myself. It was possible my own satisfaction of putting my thoughts to paper was worth it alone. In the end I think that perhaps anyone looking to play the game in the future would still be best served by a review formed without the presence of the hype or marketing machine that comes along with most of these AAA releases. Especially considering the somewhat negative response Dead Space 3 has gotten recently, I believe now more than ever a reader can expect to get the most unbiased review possible.

Having not played Dead Space 1, I was unsure of what to expect beyond some scary monsters and dark hallways. Luckily, Dead Space 2 gives you a "Last time on" video of the events that took place in Dead Space 1. So there was a marker, everyone turned into horrible monsters and killed each other and you escaped and destroyed the installation. Got it. Oh and along the way it may have interfaced with your brain. This was my introduction to Isaac Clark, the protagonist of the Dead Space series. I suppose I was under the assumption that the character would be yet another bald space marine without much of a personality but I was pleasantly surprised. Isaac turns out to be a multifaceted character with guilt, wants, compassion and motivations that seem realistic. But I'm getting ahead of myself.

Describing the story of Dead Space 2 is difficult because I truly believe that some of the moments in the game should be experienced without any preconceived notions of what's to come. The opening playable sequence is something I will not soon forget but suffice it to say you will be killing necromorphs without much delay. Isaac soon discovers there's another marker (big shocker, I know) but it seems as though he had something to do with this one. Along the way you hook up with a military officer hellbent on doing his duty no matter what the cost, a female pilot and a insane peer that Isaac has to constantly talk off the ledge. The character interplay, writing and voice acting genuinely keep you engaged in the events of the game even while the overarching story may be somewhat simplistic. There is some solid storytelling here but spoiling anything beyond these bits would be a disservice. 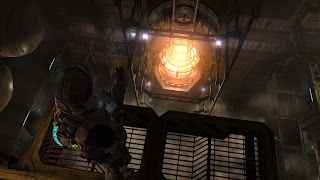 Along the way, the Dead Space team found time to include nearly all the tropes of the horror genre that I'm familiar with. If you have even a mild phobia or deeply rooted anxiety about certain things, the game will certainly unsettle you at specific moments. It's like the team decided to try and poke you until they found the thing you find hard to handle. Freaked out by surgery or closeups of eyes? Dead Space 2 has you covered. Have a deep rooted fear of being alone, asphyxiated, being in enclosed space and most of all - are you afraid of the dark? Dead Space 2 plays on all these types of typical horror moments at various points to the benefit of the experience. Furthermore and most importantly, they are used at the correct time. The pacing is absolutely phenomenal. Visceral Games clearly learned from the best of the SciFi and horror classics, like Alien. The long periods of tension, fantastic audio and intentional lack of action are far more unnerving than the jump scares you also find throughout the game. As fans of Ridley Scott would know, it's the anxiety before the payoff that matters and is ultimately more impactful than eventual reveal of the monster(s).

Nearly identical to Dead Space 1 are the game mechanics themselves. It's still refreshing to play shooter that doesn't prioritize head shots. Limbs, or in some case tentacles,  must be shot off nearly all the monsters in order to bring them down. Furthering the depth is the surprisingly wide variety of weapons available to you the more time you spend in game. Flamethrowers, machine guns, saw blades and more all have an enemy type they are best suited for; especially at higher difficulty levels. On normal, I was able to scrape by with the standard Plasma Cutter and two other secondary weapons. Weapons are upgradable with some simplistic tech trees, along with you space-suit. Complimenting your weaponry are two secondary powers, Kinesis and Stasis. Kinesis, as the name implies  lets you move and throw objects around like the gravity gun from Half Life 2. Stasis let's you throw out a blue beam that slows time down for all objects hit. Both have their uses, especially when low on ammo or managing multiple enemies respectively.

Outside of combat, there's a bit more gameplay variety. Multiple sections find Isaac platforming in zero gravity in ways that made me forget which way was up quite quickly. An assortment of by the numbers puzzles and a simple hacking mini-game breaks up the experience every so often as well. The puzzle and mini-game sections are not annoying, which is more than I can say for most games. The zero gravity segments on the other hand may end up being some of your favorite parts of the game. They provide wonderful contrast in both audio, environment and gameplay to the horrifying bloodbath of screaming and shooting you were doing moments before.

Technically, the game ran fantastic on my mid-range gaming PC. There are certainly some intricately detailed necromorphs as well as fantastic backdrops and space walking sequences that will leave your jaw on the floor. Even being a few years old, the game's art direction is still astonishing. The developers use of dynamic lighting to allow you to catch only glimpses of the things lurking in darkness is both a fantastic gameplay mechanic as well as a fantastically executed  horror device. More impressive than the graphical work; however, is the audio. Both the stereo and surround sound mix added to the experience, without question. Terrible things skitter through the walls, voices whisper in your head and people scream their painful deaths all in the service of unnerving the hell out out of you. 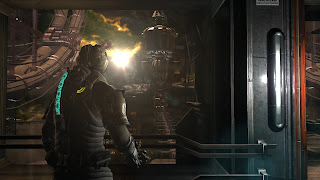 What's left to say? Dead Space 2 is a rare game that blends horror, action and storytelling in an incredibly immersive way. The campaign took me about 10 hours and allowed me to unlock harder difficulties and New Game Plus as well as some more equipment. There's certainly replayability here if you're hooked on what this game has to offer, though I would think the impact of the environments and events are certainly lessened significantly a second time through. I am actually not a horror fan but Dead Space 2 won me over with it's each of it's  fantastically crafted components and still being greater than the sum of it's parts.