In the historical simulator world, there has always been one company that has had the market cornered: Koei.  In the time of 8-bit/16-bit consoles Koei led the way (mostly because no on else wanted to) in historical simulation games.  Even at a young age, I was a history nerd and loved anything that could combine 2 of my favorite things, history and video games.  These days, you might know Koei as TecmoKoei since they purchased Tecmo in 2009 and they're most well known for games such as Dynasty Warriors and Warriors Orochi.  In this post, we'll visit the games that spawned these two franchises including some others that were little known but can still be addictive today.

I remember when I was about 12 years old, I went into our local video game rental store, Photographics with my father to pickup a game I'd been waiting to be returned only to find the game had not yet been brought back.  As I looked around in vain trying to find something to help me overcome my disappointment, I began to peruse the used game section.  The only game I could find within the same price range as a rental was Nobunaga's Ambition for NES (it was $5).  Rather then 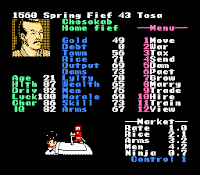 leave empty handed, I grabbed it and left.  When I got home, the game was not what I expected.  Looking at the cartridge I was at least expecting some sort of action game but what I got was much different.  A menu of yes or no options, numbers you had to cycle through using the D-Pad and a D&D style character creation screen to generate your ruler's stats.  Looking back on it now, I can't honestly say what held the interest of a 12 year old (I was/still am a huge nerd), but this game spawned my love for Koei.  The game featured 2 main styles of play which allowed you to pick from 17 or 50 rulers during medieval Japan.  Your goal was to capture all the territories without getting killed either by another ruler or just dying off from old age.

You would need to manage domestic issues such as keeping your peasants happy, building up the cities in your territory or increasing your farm production to feed your people.  You'd also have to manage your military, train them, keep them happy and hire ninjas to negatively affect an opponents military and domestic influence or even assassinate them.  Combat featured turn based style combat where you would move 5 units (3 Infantry units, 1 Rifle unit and 1 Calvary Unit) across a grid in an attempt to defeat the other ruler's army.  Games could take hours upon hours to complete, especially if you were playing with 50 territories but the game was hugely addictive.  Koei would later release an SNES version of the game which was essentially the same but featured better graphics and a much more user friendly interface and combat system.   Recently, Koei released a version of the game on Sony Playstation 2 which had a pretty different style of play along with another clone of the original for your mobile device.  I still play the SNES version to this day, but the mobile version also stacks up pretty well though last time I checked, it's pretty expensive for a mobile app ($5-$10). 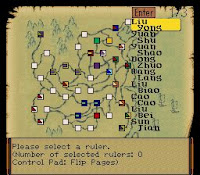 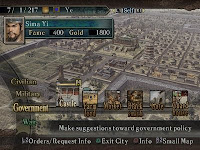 Stepping away from east Asian history, we take a look at a little known game on the SNES that was released by Koei known as Aerobiz Supersonic.  This was actually a historical simulator where you took the role of a CEO of a new airline during times ranging from the "Dawn of the Jet Age" (1955-1975) to "Supersonic Travel" (2000-2020).  The game featured several well known planes from a couple of manufacturers that you would need to purchase and use efficiently on different routes around the world to establish 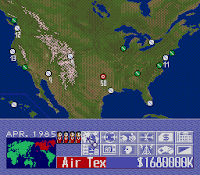 the most dominant internal nation airline!  Sounds exciting I know, but it is actually surprisingly addictive.  The game allows you start your airline in almost any of the major cities in the world then branch out from there into other countries, expanding your empire.  You'll need to purchase additional planes, negotiate for permission to setup a flight path in certain cities, add hotels, travel agencies and transportation in cities for your airlines and even undercut competitor ticket prices whom you share a flight path with.  It's really hard to make a game about establishing your own airline sound fun and exciting, but I promise, it's good. 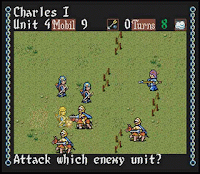 The last game I'd like to talk about is Genghis Khan II:  Clan of the Grey Wolf.  This was a game similar to both Nobunaga's Ambition and Romance of the Three kingdoms but allows you to conquor entire countries rather then sections of a single country.  The map featured all of Asia, Europe and the Middle East allowing you to play leaders such as Genghis Khan (of course), King Richard (England),  Phillip II (France), etc...  The game has the same type of domestic and military management setup, but featured a different combat style.  Combat in Genghis Khan, while still turn based, allowed you to move units across a battlefield at will, not locked into a grid like the others and also allowed for ranged units to fire from a distance.  The graphics were pretty good and the game tended to be a bit shorter then Romance of the Three Kingdoms and Nobunaga's so I'd recommend this one if you were interested in jumping into the historical simulation series Koei offers.

While old, a lot of these original Koei games still hold water and you're not limited to just NES and SNES versions of these games, multiple versions were released across many platforms.  I do promise you this, that whatever game you choose from Koei's historical simulation series games, you'll find yourself addicted and looking for more.