Xbox 720: Requirements to Succeed in the Next Gen

Microsoft should be asking themselves one fundamental question as they gear up for their next generation console launch. Why should consumers purchase our new box? The market has shifted significantly since the Xbox 360's launch - more people are gaming on their phones, on their tablets and perhaps more significantly, on their PC. The current generation of systems are clearly showing their age and anecdotally you will find numerous cases of gamers buying a gaming PC because the consoles feel so dated. Furthermore, why buy an Xbox 720 and not Sony's "Orbis" or even the Wii U? Here are what I believe are the main features and changes that Microsoft needs to nail in order to be successful in the coming generation of consoles.

The de facto multimedia streaming device.
The Xbox 720 needs to not just a be a serviceable way to get access to your Netflix, HBOGO or Amazon Instant Video content - it needs to be the best way to do so. There is an immense amount of competition in this product space by way of Vizio's Costar, Smart TVs, various Android devices, Roku and more. Microsoft has a pretty clear goal of providing the one and only multimedia box that you need for the living room - to do this they need to create the best experience for the consumer. One of the ways they can accomplish this is...

A fast and efficient user interface.
The current Xbox 360 dashboard is an abomination to both UI design and a frustrating and confusing mess for the average user. The experience literally gets slower over time to the point where you're waiting upwards of 10 seconds to get to the content you want. This, of course, assumes you can actually find the content you want. Ads are served up in the default dashboard interface; yet finding a particular game that has just been released, or re-downloading a game you already paid for, is a painful (and lengthy) process. Microsoft needs to remember that the UI doesn't exist to be a separate product - it's a means to get users to the content they want as fast as possible. When in doubt, simplicity is better. Keep that in mind while raking in those hundreds of thousands of dollars in ad revenue. Which reminds me...

Why am I paying for Xbox Live?
I barely turn on my Xbox 360 these days besides playing the occasional DVD. My backlog is so huge and most of the list I can find in Steam. I have other devices that can stream my media better than my Xbox. Steam and Skype give me a complete multiplayer experience free so I don't need my Xbox for that. So what am I really paying for here? Some standardized peer-to-peer multiplayer that caps the player count lower than on PC? Steam is free and PSN Plus is giving out free games these days. Microsoft is giving me the worst version of a shared feature set that I can get elsewhere free. They seriously need to reevaluate their Xbox Live paid offerings if they want to retain their user-base. One small step in the right direction might be to integrate...

Skype Technology.
Microsoft acquired Skype back in 2011 and while we haven't seen many significant changes in the PC client due to that acquisition, it would absolutely blow my mind if they didn't apply the technology where it makes the most sense. Playing with friends on PC and communicating via Skype or Ventrilo and then switching back to the Xbox to play Call of Duty or other multiplayer games showed such a harsh contrast in both audio quality and latency. What's the point in yelling at your buddy to "Watch out behind you!" when he's already dead by the time he receives the message. While they did roll out a new audio codec to improve overall voice chat audio quality in 2010, the audio still sounds terrible by comparison to voice chat options on the PC. 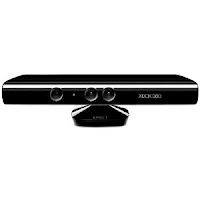 Microsoft may have sold over 10 million Kinects but, technologically speaking, the retail product was mostly a failure in my eyes. People with smaller apartments can't possibly use the device and even in an ideal scenario, the Kinect doesn't perform as intended. Dance Central was clearly the Kinect's saving grace, but if the rumors of Kinect being integrated into the Xbox 720 are true, they best release the original higher quality version of the technology as well as a better API. Using SATA III instead of USB 2.0 will certainly help their bandwidth bottlenecks. I have no marketing research to go on, but I'm still concerned that the motion control phase has passed and consumers may just not want it anymore. I for one really don't want to wave my hands at the TV like an idiot.

Built in WiFi (802.11n)
I think this is a guarantee but still worth noting. I will always want to have a wired connection for my gaming because the slightest amount of added packet loss and latency will irk me more than is reasonable. I am probably not the norm. The vast majority of console users would prefer not to have to spend $65 on a proprietary wireless 802.11g adapter or run an Ethernet cable from their router to their console. 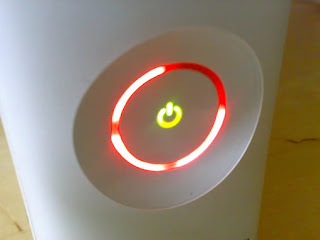 No more Red Rings
All this tech is for naught, however, if Microsoft can't build a stable, quality machine. The Red Rings of death  plagued myself and everyone I knew over the last 5 years. A variety of polls indicated that at one point twenty percent or more of Xbox 360 owners had to get their unit repaired. Consumers want to have confidence in their hardware. Informed consumers who have both have the money and are on the bleeding edge do not want to put up with shoddy manufacturing or design. These consumers are Microsoft's target demographic for the first six months the new products life span.


Include a Hard Drive
I'm sure not including a hard drive with every Xbox 360 might have made immediate financial sense. Long term; however, all it's done is fragment the user base and restrict developers from making their games as good as they can because they can't assume they can cache information to the hard drive. While I'm not naive enough to think they can include an solid state drive and keep the price point low (thus they won't do it) - it would be nice to at least see a 7200 RPM 500 Gigabyte spinning drive in the unit. If they go smaller, they absolutely must allow people to purchase any other 3rd party SATA compatible drive. It's just not fair to consumers at this point to arbitrarily restrict performance and size in order to sell overpriced proprietary hardware.

Graphics power.
If I am not impressed by what I see of gameplay demos come next E3, myself and I think many others will be very disappointed. The 360 is ancient by technology standards at this point, which is probably why (along with Steam sales) I'm spending so much time on my PC. This thing needs to kick some serious ass. Luckily, the recently leaked developer kit specs of the unit have me hopeful that Microsoft understands this crucial point.

Hit $399.
I'm also hoping the leaked price point of Microsoft's Surface tablet isn't an indication that Microsoft thinks they're even above Apple in pricing arrogance. They aren't Apple. They don't have the public's confidence in being able to put out high quality hardware. Perhaps more importantly, Microsoft absolutely should have learned from Sony's mistakes when it comes to pricing. Considering the basic costs of parts and labor, I would expect a $399 price point to be both realistic as well as financially viable. Microsoft's other option is to take their $99 console with subscription fee method and make it available at launch for the Xbox 720.

Quality promotion of indie titles.
The current state of the Indie scene on Xbox is rather atrocious. Every time I've looked at it, I've seen nothing but Minecraft rip-offs and scantily clad girl mahjong clones. The Xbox needs to be a hotbed of indie development where quality titles are marketed on the dashboard and small developers have a shot of making some real money. Microsoft needs to facilitate this in a much better way than they do currently. Maybe, just maybe, Microsoft can save at least one metro tile for the indies on the future console. Oh, I'm sorry we're not calling that Metro anymore.

Rework Certification process.
From all accounts, the Microsoft certification process is a royal pain in the ass, especially for small independent teams. If you want to foster creative minds then reduce the barrier to entry. Phil Fish probably shouldn't have to pay "tens of thousands of dollars" to patch his game on the 360. Judging from Jonathan Blow's statements, there are certainly ways to optimize the process and stop wasting both Microsoft's and the developer's time.

Launch Lineup.
All that being said, it is all about the software. It is always about the software. Software drives hardware sales. It always has and it always will. People need games to play on their shiny new machine. Halo did it for the first Xbox. Mario does it for every Nintendo console. On the other end of the spectrum, look at Playstation Vita. It's a monster of a handheld but it doesn't have many games that people want to play. Microsoft needs a killer launch lineup to knock this Xbox 720 launch out of the park or risk winding up in Sony's shoes.