A Quick Journey in Elven Legacy 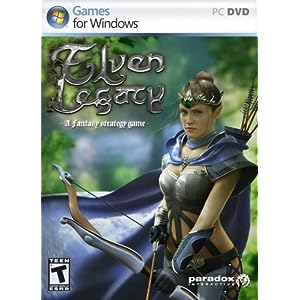 You'll be hard pressed to find a digital download of Elven Legacy for over 5 dollars. The game was released in 2009 and it feels as though no one cared then and no one cares now. I've played the game a few times and the one thing I can say is it's an extremely difficult game...


If you have 5 dollars that does not necessarily mean you should spend it on this game. Elven Legacy is a turn based strategy game and as I stated it is extremely difficult even on easy. After the first couple campaign scenarios you'll find yourself restarting often in an attempt to succeed. Each scenario influences the next. Unlike typical strategy games if you lose a unit and don't have money you will start the next scenario with the few units you have left making the scenario impossible. You may have to go back multiple missions to try and complete them without loosing units.

Having to think about the future beyond the mission adds depth to the gameplay and makes you care about eadch and every unit.Unit's level up and your able to assign specific traits to them, would you like offensive pikemen or defensive? It's a fun, challenging game and the artstyle is it's own.  I would never spend 50 dollars on this game, but for 5-absolutely.
Buy Elven Legacy